Overwater Shots – The Safe Way To Take Them 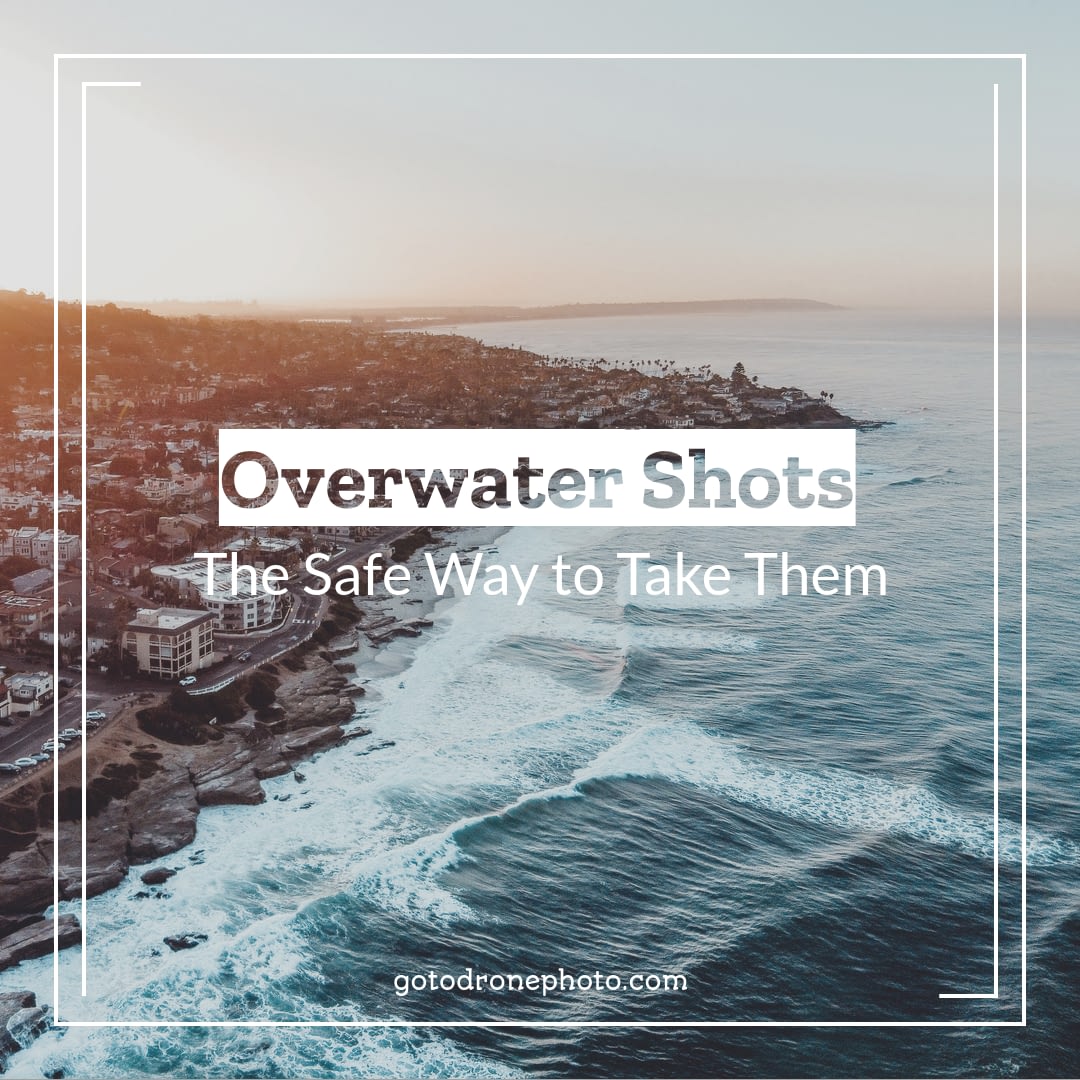 Overwater shots are amazing however, flying a drone over a body of water can be one of the most stressful experiences for a drone pilot. Even if a drone crashes on land, it can theoretically be recovered from it, but an oceanic crash is significantly more difficult to repair.

Those who use a drone for business or simply enjoy taking photos at the beach surely agree that flying a drone over water is too much of a temptation to resist. Considering these risks, how can drone pilots safely take overwater shots?

Drone insurance is a must. If you’re flying commercially, you have to protect your investment. Even if you’re flying recreationally, drones are not particularly cheap.

For this reason, you will want drone hull insurance that covers water damage. If your drone is damaged or crashes, the insurance will cover the costs of repairing or replacing it. Although it is a costly measure, this is the most effective way to protect your drone.

To make a claim, you usually have to recover the drone and present it to the insurer. If your drone crashes in water, you’ll need to plan how you’ll retrieve it. If you are in a lake, you can do this fairly easily, but if you are in the ocean, it might be almost impossible.

Overwater is probably the worst place for your drone to malfunction. Check your drone’s performance on the ground before flying it in a lake or ocean. Perform several flight maneuvers, hover in place (without the VPS), inspect GPS reception, and ensure that  your Home Point is set.

Flying your drone over water requires paying more attention to the pre-flight checklist, even though this should already be a habit.

Don’t rely on the sensors when taking overwater shots

There are many drones that use sensors that are called Vision Positioning Systems (VPS) on the bottom. This assists the drone to maintain its hovering altitude by establishing altitude while it is close to the ground. VPS features on drones have a restricted range but can be quite useful at low altitudes when hovering.

VPS can, however, encounter problems when flying over a reflective surface, such as water. Drones hovering based on VPS readings will drift in many directions due to the instabilities of the water surface. The drone might even adjust automatically based on changes in the terrain detected below it.

Such issues can be avoided in two ways. First, you should fly outside the reach of VPS, which is normally around 30 feet above the ground. Alternatively, you can simply shut off your  VPS completely. Having GPS stabilization nonetheless should make all the difference.

Pay attention to waves, boats, and spray when at sea

Flying over water at a high altitude is a safer option and a good idea. Taking photos at low altitudes above water may look great, but you risk being washed away by a large wave. It’s important to remember that even if your drone seems to be clearing the waves, you may still be missing sea spray. Don’t be too careless, or you will find your drone soaked when you get it back.

If you’re flying over water, avoid all boats, regardless of size. You should not only avoid flying your drone over people without their consent but you could also miscalculate the altitude at which a cruise ship or container vessel can be cleared. It would be best to retrieve the drone and fly somewhere else if there is a large obstacle in your area.

During a flight over open water, it is important that you keep an eye on your altitude. Strong tidal winds can cause frequent pressure shifts, which distort altitude readings, especially in the ocean. If the sun is shining brightly off the water, you may also have trouble seeing depth.

A landing pad is useful after taking overwater shots

There are many drone pilots who take their machines to beaches to get cinematic and overwater shots. In my opinion, this is the best use case for a good camera drone. Sand, however, is something you will have to prepare for.

A drone’s camera and its gimbal will suffer the most damage if it takes off on bare sand. As a result of their size, sand particles can get into the small spaces of a gimbal and scratch the lenses of cameras. You’ll need to have a foldable landing pad with you if you’re flying your drone on the beach. Considering how well it protects your gear, this is an inexpensive accessory that pays for itself almost immediately.

Keep an eye out for birds when attempting overwater shots

There is always a danger to flying a drone in bird-filled areas. In addition to knocking the drone out of the sky, birds can also be injured by the drone’s propellers. Plenty of birds are found in the ocean or in large bodies of water, such as rivers and lakes.

When flying a drone, you need to scan your surroundings periodically. Generally, you should keep a distance of 150 feet from any bird. This isn’t easy, especially since birds fly so much faster than most drones.

Anyhow, avoid birds as much as possible. In areas with a high density of birds, it would be best to land your drone quickly and choose a different spot. Although you obviously want to avoid damaging your drone, you should also make sure that it does not hurt birds in your area.

Take the overwater shot and return to safety

In open water, headwinds and tailwinds are crucial concepts to understand. Ideally, you want a headwind on your way out and a tailwind on your return flight. This way you take the wind as an advantage so that you can retrieve your drone as soon as possible.

On the other hand, you may not always be able to benefit from the tailwind when your drone flies back. In this case, you should give your drone a lot of time before its battery runs out, just in case you have to fly against a headwind. Having your battery run out mid-flight over water is much more dangerous than usual.

Prepare for your overwater shot and plan your flight accordingly

Not to exactly point out the obvious but try to keep your flight time over water as short as possible. It’s basically asking for an accident to happen to spend an entire afternoon idly flying over a lake or ocean.

Prepare your shot exactly where you’ll take it and how you’ll frame your subject if you’re going to take an overwater shot. Plan your drone’s route so it doesn’t stray too far from where you are if you just want to go for a spin. It is best to spend as little time as possible over water while using your drone.

Overwater shots with drones have been some of the best we have seen. Even with the risks involved, using drones over water is such a tempting task.

Drone flights over water are completely safe, but you need to be prepared and skilled enough to do them safely. In any situation, you should exercise excessive caution. Drones should never be flown over water without a pre-flight check or pushed beyond their limits.

If you have any comments or concerns, please don’t hesitate to write in our comment box below.